With the Moon being only a thin waning crecent right now, the first really dark skies of the season could be glimpsed the other night - it's hard to believe that it's been half a year since last it was possible to see the Milky Way from Tromsø!

I used the opportunity to try and catch a glimpse of the currently brightest comet in the northern hemisphere - comet C/2014 E2 Jacques - a long-period comet discovered in March this year. 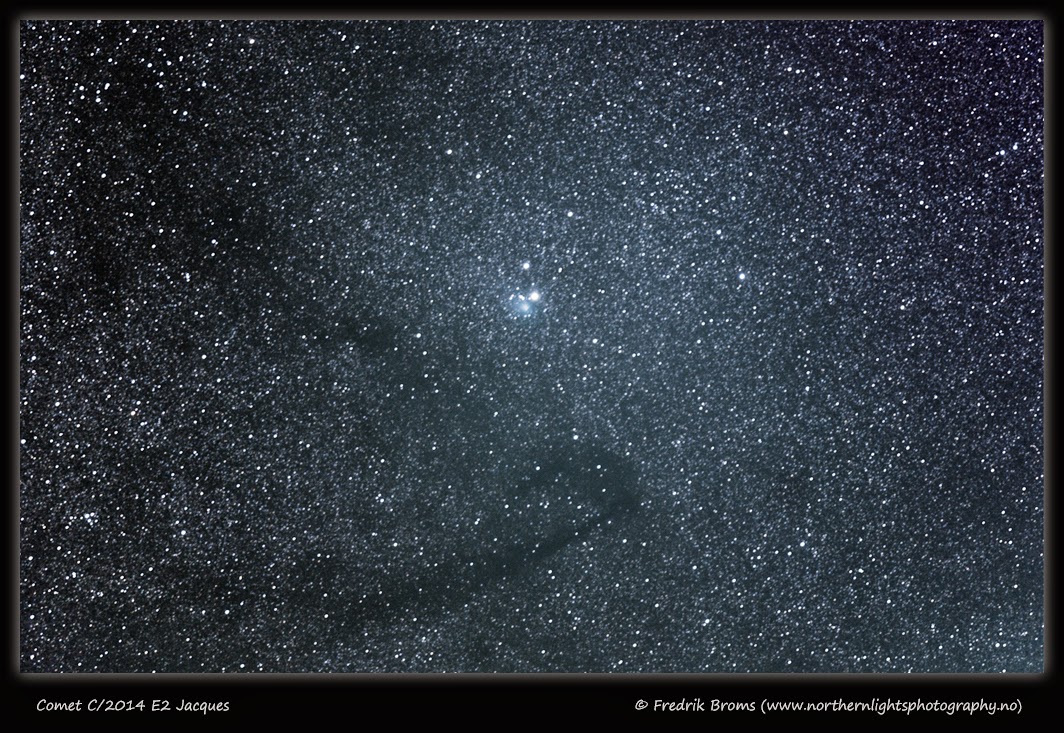 Stacking eighteen 30-sec shots showed the comet fairly nicely, even in a "wide-field" image like this, but alas, the comet is fading slowly as it travels from Vulpecula to Aquila during September/October. The magnitude is currently reported to be around 8.0.

Note some of the well-defined dark areas in the lower and left part of the photo - a beautiful area of the Milky Way. Some faint pulsating aurorae was visible all over the sky - finally the dark season is back!